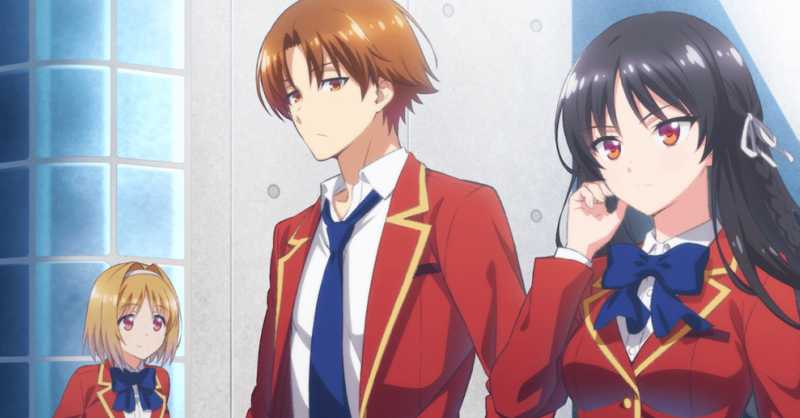 Fanart is a very important part of otaku culture in general, and fans do a lot of fanart as well as cosplay, and often the visuals that the fans make are even better than the official ones.

Take for example this second season of Classroom of the Elite, the anime has been heavily criticized for its questionable quality by fans. And this is also reflected in some of the anime’s visuals.

The opening theme for example, the song is called “Dance in the Game”, sung by ZAQ, you can check the cover art of this theme below, it’s the official art of the anime: The cover art for the opening theme, Dance in the Game, shows Kushida, Ayanokoji, and Horikita without anything special walking around the school. There’s really nothing great about this art.

Now Kagura, who is an illustrator, did an amazing art based on the opening theme, I think she better than the official team made a visual that better represents the name of the theme “Dance in the Game”.

In the art she made we have Ayanokoji manipulating Kei, which is what happens in this second season: You can check out the art above in better quality on her Pixiv profile:

She also has other really cool arts, like this interesting ship Ayanokoji with Kei, speaking of ship, yesterday we published a post answering if Ayanokoji gets to date someone in this anime.

What inspired me to make this post was the response below that she got in her Twitter post. Really the look she did would look much nicer on the cover for the theme than the official art: 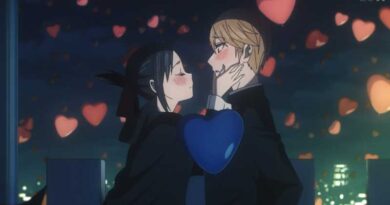 Kaguya-sama: Fan edit the Kiss scene between Kaguya and Shirogane 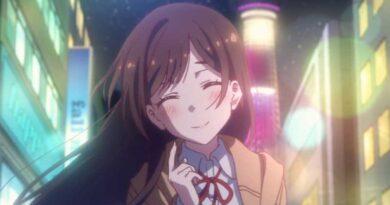 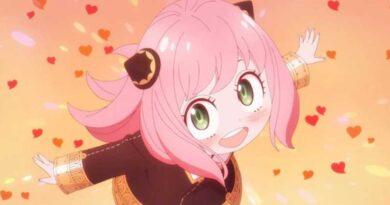