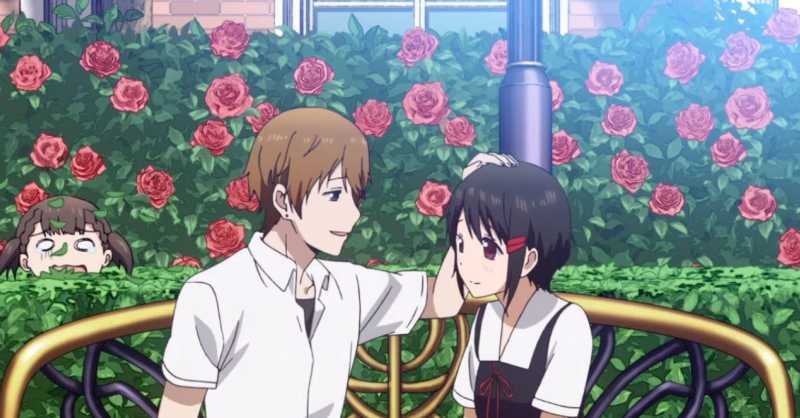 This post has spoilers for Kaguya-sama’s chapter 274. Kaguya-sama’s manga is about to end and chapter 274 didn’t make the Japanese happy because of the end of the story involving Maki Shijo, Nagisa Kashiwagi and Tsubasa Tanuma.

As the manga is about to end, each character is having a chapter dedicated “to its end”, ending their stories. Chapter 274 shows how the stories of Maki Shijo, Nagisa Kashiwagi, and Tsubasa Tanuma end.

Nagisa and Tsubasa have been dating since the first season of the anime, and Maki loves Tsubasa, in this chapter Nagisa breaks up with Tsubasa and has a fight with Maki.

Maki realizes that Nagisa found out that Maki loves Tsubasa and broke up with him so that Maki could date the boy, but after a conversation the two understand each other and Nagisa goes back to Tsubasa. This extremely serious development to have in an anime that became known as a school romantic comedy didn’t sit well with the Japanese, who complained a lot.

“Kaguya-sama ended up at the school festival”

“I never expected this”

“Well, I stopped reading the manga”

“The author has gone crazy”

“In my mind, the manga ended at the festival, the rest is a doujinshi”

“Why the fuss? There are so many shojo manga that do more than that out there”

“Remembered when I got annoyed with Usagi Drop”

I’ve said this here before but the school festival, which is where the third season ends, is basically the turning point of the series. After the festival the story got weirdly serious, and in my opinion, bad compared to before, when we only had comedy.

Some Japanese even prefer to believe that the story ends at the school festival.

Kaguya-sama’s third season has ended and a movie has been announced that will adapt the Ice Kaguya arc. The manga should end in a few more chapters.