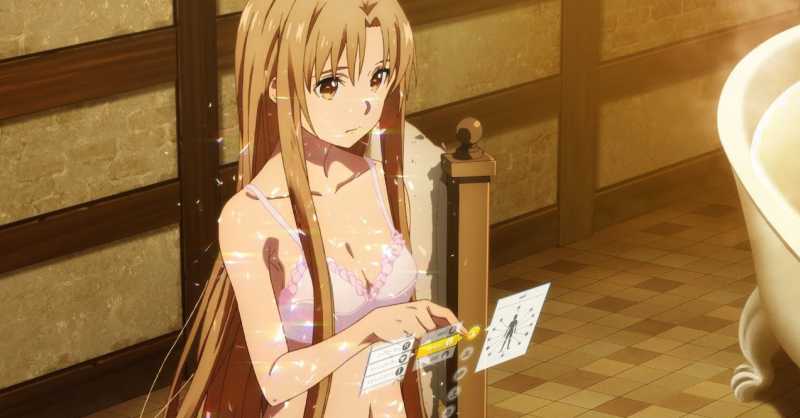 Sword Art Online Progressive was released on Crunchyroll, and it wasn’t too hard to discover that the streaming service censored Asuna’s bath scene, putting landscape scenes in its place.

On the left, the censored version from Crunchyroll, on the right, the Blu-ray version: 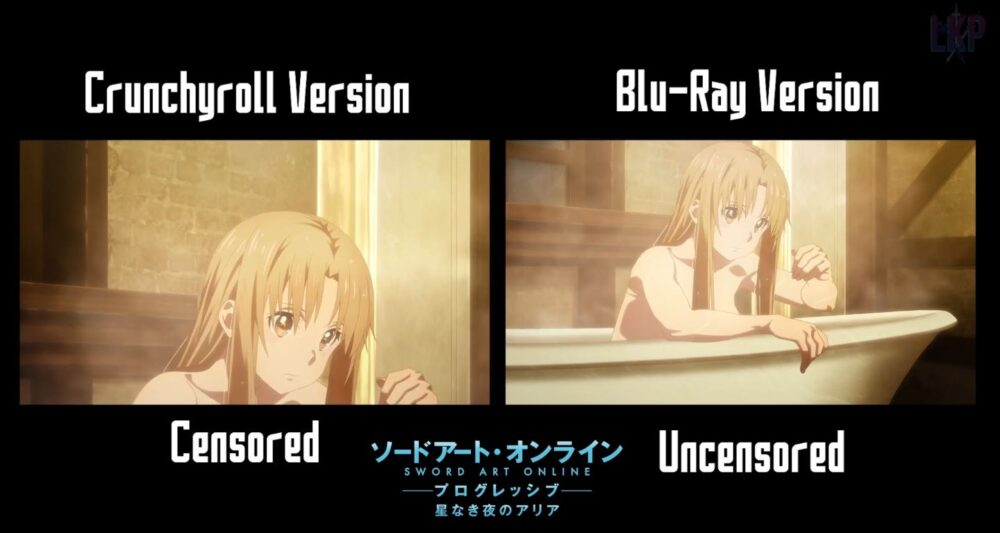 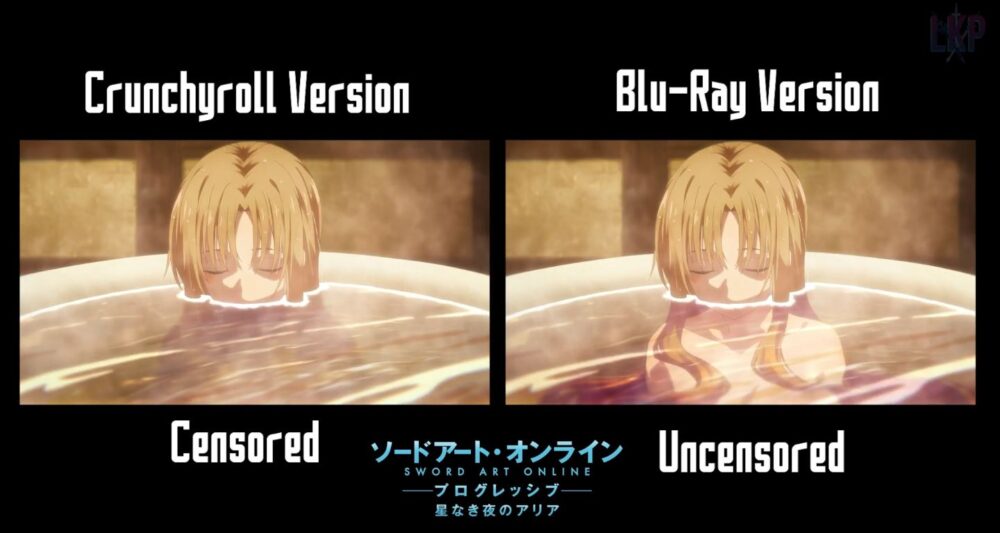 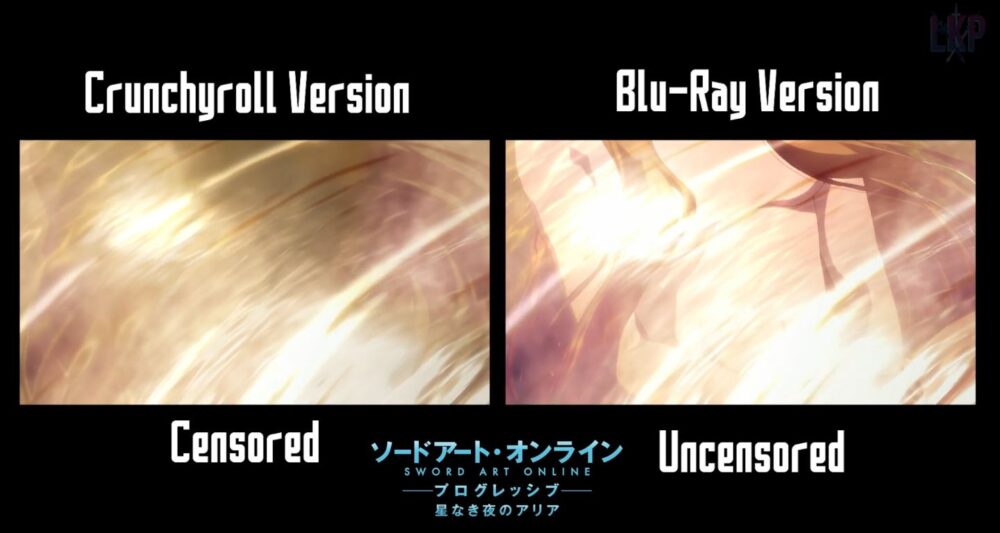 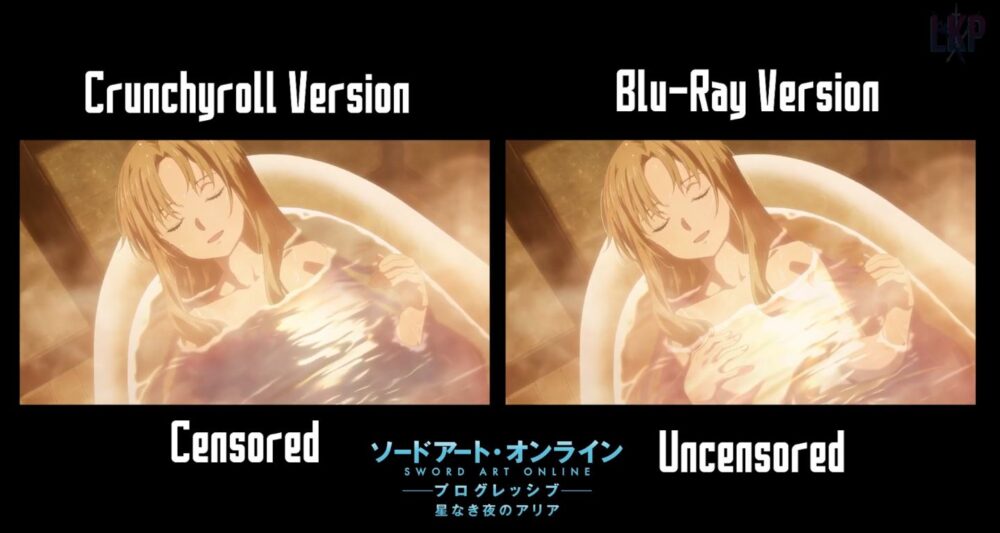 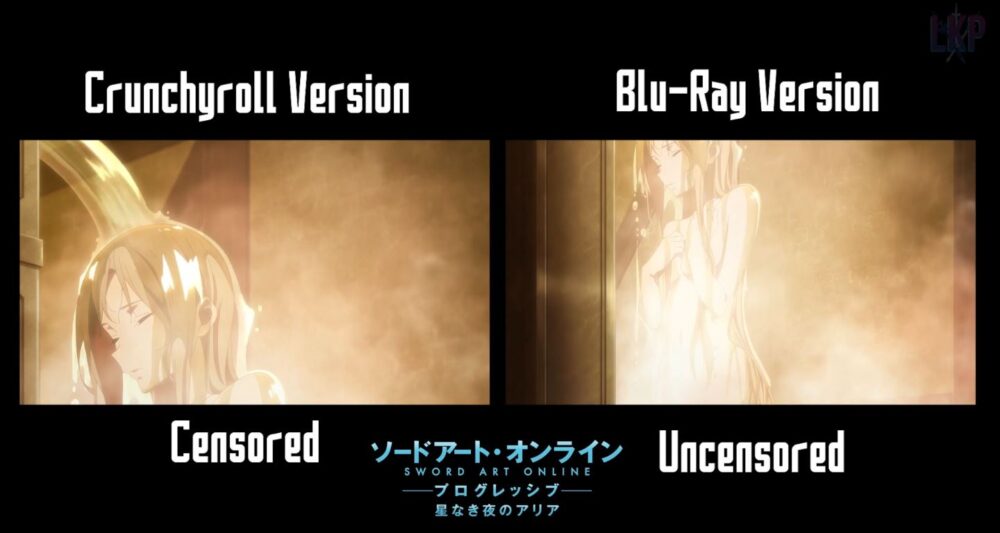 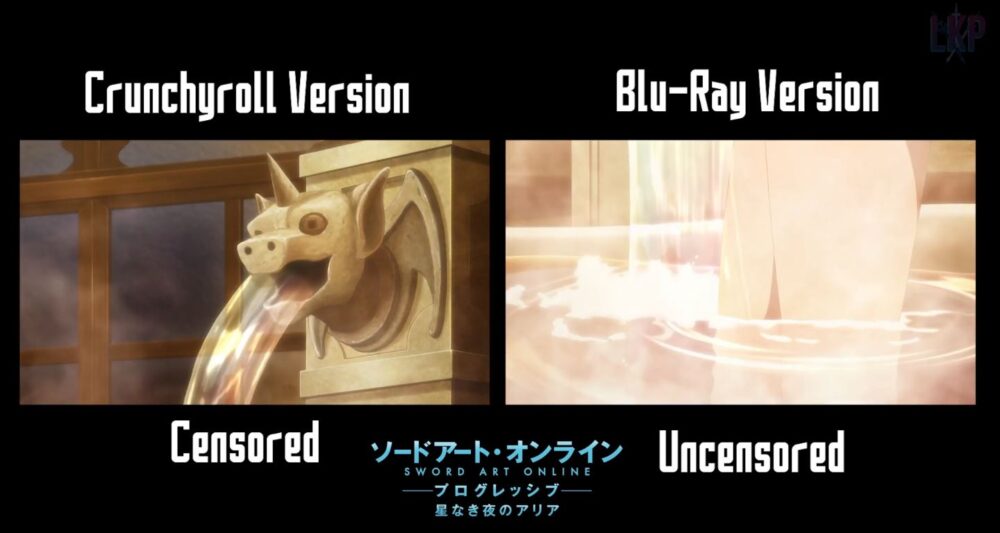 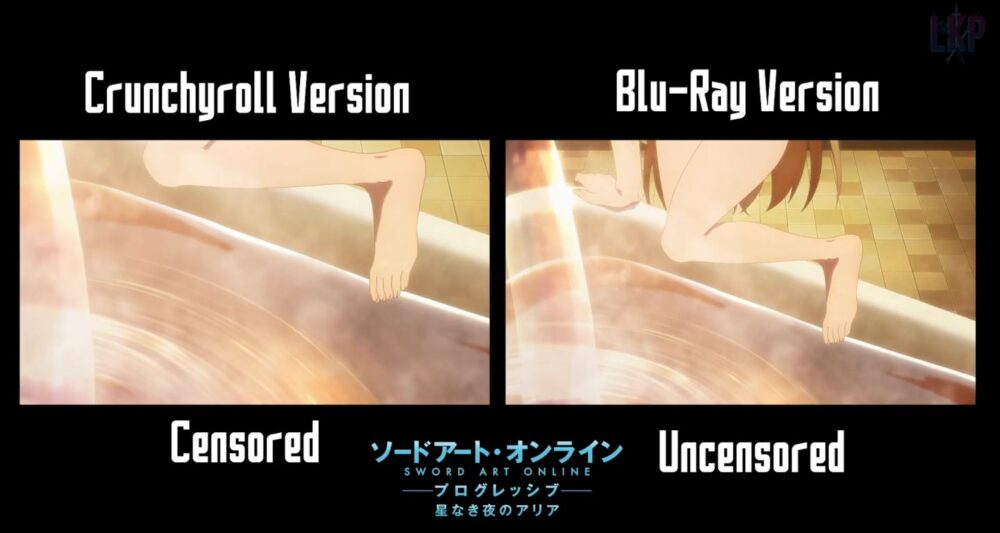 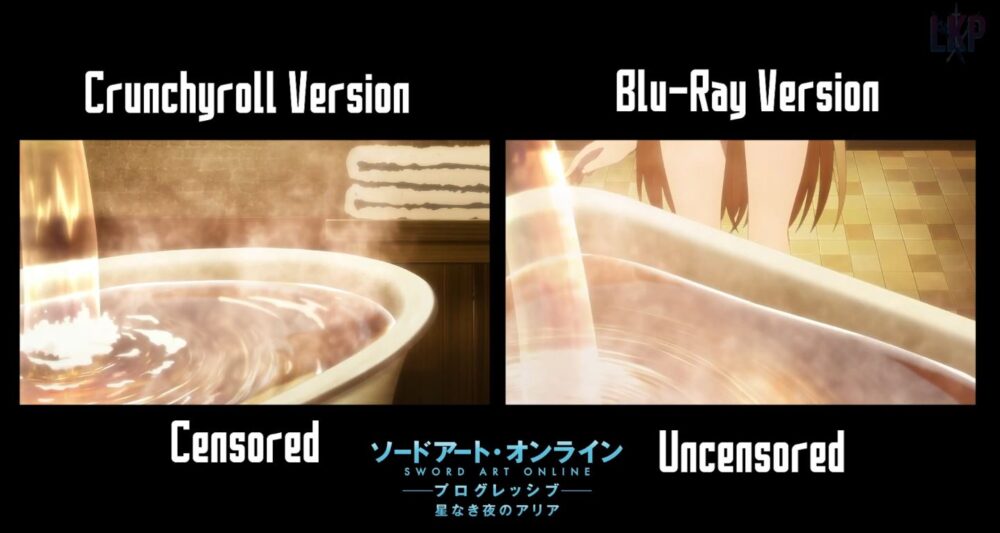 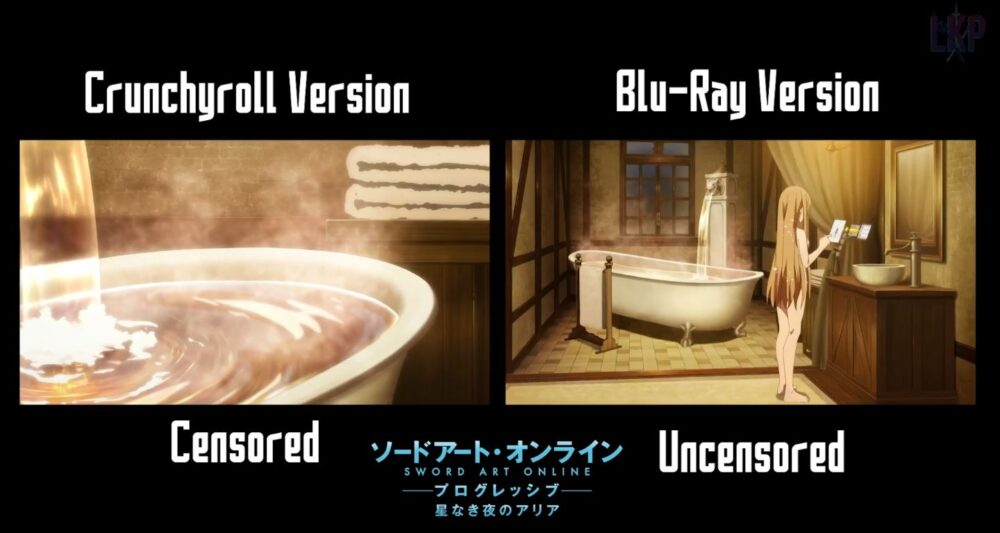 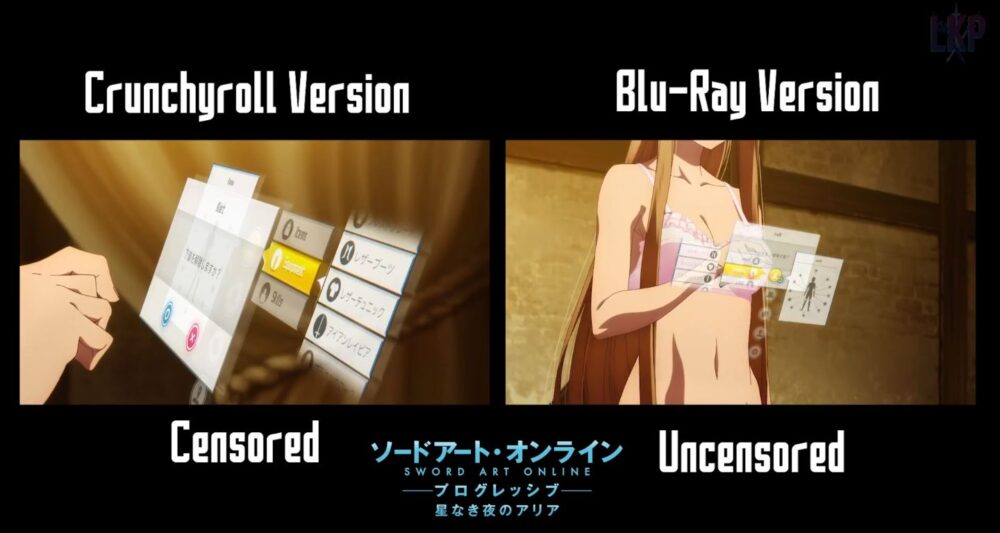 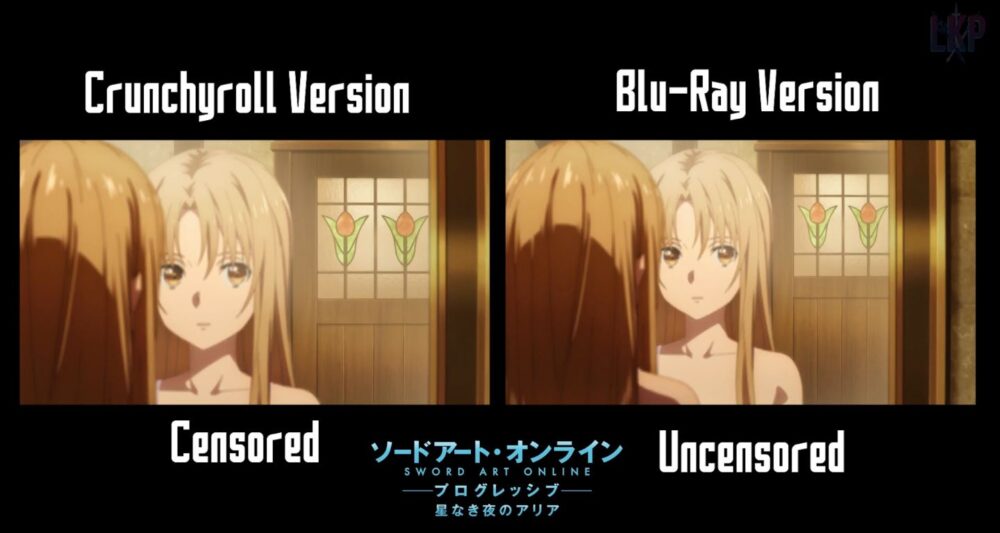 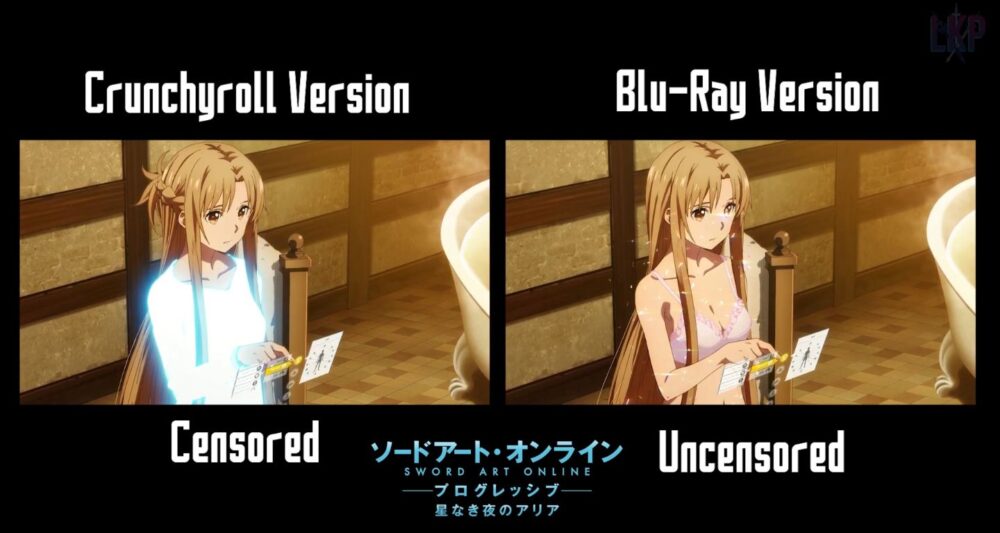 As you can see, during the bath scene the entire shots are removed and Asuna is either covered or cut out of the frame, so there’s nothing much to resort to censorship.

There’s the theory that Crunchyroll received a harmless version intended for theaters and the Blu-Ray version just made the scene sexier. Anyway, once again, we in the West are forced to watch censored content. 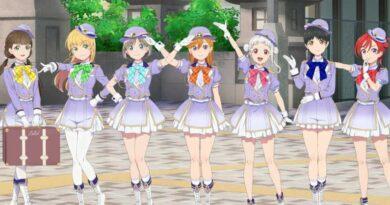 Love Live returns to Annoy some because of “Transparent Clothes” 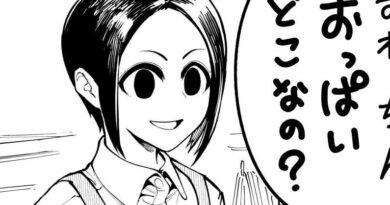 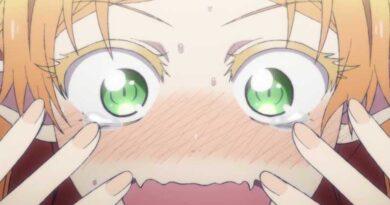